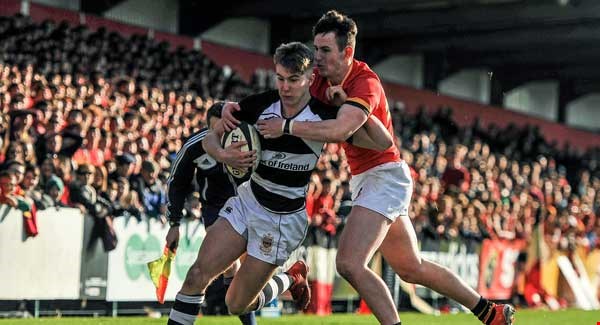 Is it any wonder rugby players groan when we see another headline about concussion? We sigh, roll our eyes and reluctantly read what the latest expert has to say. One more person that is convinced we are all lumbering along to a life of irreversible physical and cognitive damage, like cattle queuing up for the abattoir.

The most recent development in this saga was an open letter signed by 70 medical professionals last week. It called for the elimination of tackling and other forms of physical contact from schools’ rugby. However well intended the signatories’ suggestion may be, it is rather unhelpful.

Such an outrageous demand only serves to muddy the waters when it comes to the reality of the risks posed by our sport.

Mothers and fathers are already taken aback by the ferocity of collisions at international level. Now, they are being told it is downright irresponsible and negligent to allow their child to play rugby. I’m sure parents who read the letter could picture each of the doctors shaking their heads and tut-tutting in their direction.

Somewhat sensationally, the letter cites the UN Convention on the Rights of the Child, as if this this will make us feel morally obligated to stop our children tackling one another. Someone unfamiliar with the sport would be forgiven for thinking boys and girls were being given automatic weapons and being sent out to fight in a war.

Concussion is a serious issue. It should be treated as such. Huge strides have been made in the area of player welfare in recent years. Despite what some commentators believe, people are actually looking out for us. Rigorous head injury assessment protocols have been introduced to safeguard against missed concussions. I have had several conversations with players from different provinces about the issue, who all agree that the main focus of our medical staff is a player’s well-being.

If someone suffers a number of concussions in quick succession, they will be put on enforced leave. This has happened several times in recent seasons. If the relevant people decide that some time without playing is in a guy’s interest, it happens, whether he likes it or not.

I think more can be done. I don’t believe a player should ever take to the field after suffering a concussion one week earlier. Regardless of what the return to play protocols say, minimum rest periods would be a step in the right direction. Eliminating contact at schoolboy level would completely alter the essence of the sport and leave players totally unequipped to play the real thing when the time comes. It would be impossible to play at a decent standard without those years of development.

The suggestion reminds of an episode of South Park called “Sarcastaball”. Concerned about the danger posed to their children by American football, parents create their own sport. In this game, bras and little tin foil hats are worn instead of shoulder pads and helmets. A balloon is used instead of a ball, and the objective is for one player to run the balloon into the end zone, paying his opponents compliments as he runs past. The other players hug one another while this is happening.

The episode also highlighted the very serious issue of long-term health damage to veterans of the NFL. An undeniable link now exists between professional American football and chronic traumatic encephalopathy. People have made a habit of pointing to this and shouting that rugby players are destined for the same fate.

There is a widely accepted narrative that collisions in the NFL and professional rugby are the same. To equate them is to reveal a lack of understanding of some fundamental differences between the two sports. The most obvious is the gear the players wear. American footballers take the field covered in glorified weaponry. They wear hard plastic helmets and hard plastic shoulder pads, which weigh about two and a half kilos each. Far from making the game safer for its participants, this “protective” gear only serves to cause carnage on the field.

Players routinely lead with their head when making contact with an opponent. There is a huge gap between the way tackling technique is taught in the two sports. In rugby, we are taught to never tackle with your head in front of your opponent’s body. If someone runs to your left, you hit them with your left shoulder and get your head behind their legs or torso.

In American football, youngsters are taught to get their head in front of their opponent and hit with their right shoulder. This would be a cardinal sin in rugby and rightly so; doing it puts you at massive risk of a head or neck injury.

The rules in American football encourage dangerous play. “No arm” tackling, banned in rugby, is probably the most common method of take-down used in the NFL. This is arguably the cause of more concussions (and tissue injuries) than anything else. In addition, players are allowed to fly in from behind to do damage to a man already on his way to the ground. Another recipe for disaster. From a safety point of view, rugby looks like a game of croquet in comparison.

The reality is the vast majority of boys and girls will go through their under age careers without getting concussed or having a serious injury. Admittedly, changes could be made to make the sport even safer for children.

I’m a firm believer in under age rugby being categorised by weight, rather than age. This is practised in New Zealand with great success. I only started to fill out and to be honest, enjoy the game at 16. Trying and failing to tackle the 6ft behemoths of Rockwell and CBC as a skinny little 13-year-old can shatter a guy’s confidence.

Sadly, I recently had my first conversations with mothers who were not allowing their sons to play the game. Rugby is generally a very safe sport for youngsters. The fact that it is losing potential players is a terrible shame. Hysterical suggestions about banning contact in a contact game give our sport a bad image.

It’s important we stand up for it.

This is a text widget. The Text Widget allows you to add text or HTML to your sidebar. You can use a text widget to display text, links, images, HTML, or a combination of these. Edit them in the Widget section of the Customizer.